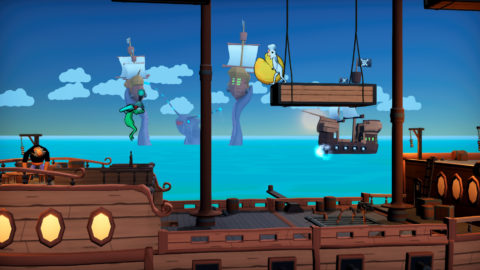 This 2D battle arena was our first released game on steam with Loophole Interactive! It’s a whacky 2-4 player brawler with weapons of all kinds of nonsense. You choose to play one of the zoovival animals (and a few others), and take on your friends with a set of random weapons from a class of your choosing.

I contributed with the majority of the programming, including networking, game logic but also some of the visual effects such as death particles.

You can get the game for free on steam here.