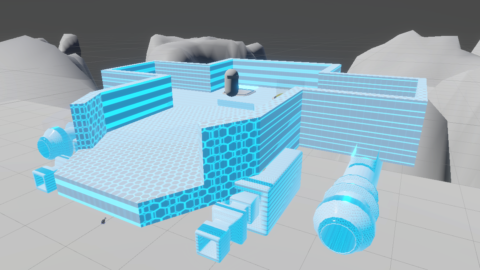 A project I’ve been working on full time but currently only get some attention from time to time. It’s a crew based action game where players take part of spaceship combat in a first person perspective. It’s a team vs team game where multiple ships engage in arena like battles, where they will be able to nurture and upgrade their crews ship.

I’m currently the only programmer on this game, so I stand for all the logical aspects of the game including multiplayer & gameplay. This project is using the new ECS & DOTS framework and Unity Multiplayer NetCode as network layer.